Welcome to Amanda-Bynes.net ~ Just Amanda Bynes, a fansite dedicated to the talented actress, designer and model, Amanda Laura Bynes. Here you will be provided with the latest news, images, media and much more. Enjoy your stay. Thank you for visiting!

Amanda Bynes took to Twitter to showcase some seductive looks. Amanda tweeted a photo of herself in a black string bikini top with a dark wig on, then she tweeted a few photos of her with sunglasses and red lipstick, then a photo of her thighs in tights.

Geeze, it’s hard to say if Bynes was really bored and lonely or she was out to be naughty. Either way, her Twitter followers had flattering compliments for her. Amanda’s career hasn’t really stalled since she announced she was going to quit acting last year but it has definitely stopped skyrocketing. Guess that’s what happens when you make such a drastic announcement only to regret it later.


Amanda Bynes Talking About ‘Easy A’

When you are in the mood for Hollywood thrills you can share with your kids, consider one of the films on this list of 10 best family action movies. From the adventures of a family of animated superheroes to a 1980’s treasure hunting romp directed by Richard Donner, the action movies on this list will satisfy just about any family’s tastes.

8. “Robots.” Robin Williams, Amanda Bynes, and Drew Carey are just a few of the celebrities lending their voices to this action-packed Dreamworks movie. When a scheming robot uses his corporate influence to eradicate spare parts from the marketplace in order to sell expensive upgrades, young robot Rodney Copperbottom helps his fellow robots get the repairs they so desperately need. 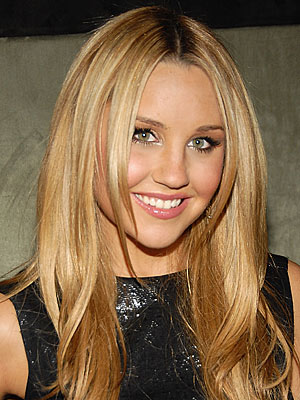 And from show business??

“remember when I said I retired? oops! I never retired! ha! you probably knew that! love yall! 🙂 “

Trickster! We were so sad to see you go! Why would you put us through that?? LOLz!

“I’ll never retire, I was kidding! I didn’t know people would be so upset hearing that I retired!”

Um, because we love you and you’re HIGHlarious??

Putting our troubled minds to rest:

Good to have you back, bb! We’re big fans! Good luck on whatever you have coming up!

Are U excited she’s back??

Finally, we can see some new pics of Amanda yesterday at Bristol Farms supermarket, L.A.! She looks good! 🙂

I added the pics that Amanda tweeted yesterday to the gallery. 🙂

Amanda Laura Bynes is an actress, designer and model who was born on April 3rd, 1986 in Thousand Oaks, California. She is best known for her role in "She's the Man", were she plays a girl named Viola Hastings. You may also know her from other movies, such as "What A Girl Wants" and "Sydney White". Amanda has been a part of different TV shows as well, "What I Like About You" for example. She has also created her own fashion line, "Dear", and will hopefully release "Vintage by A.B." soon. Read More?
Featured Images

“I think women look better and better as they get older, but there is so much pressure on them to look a certain way.”
Random GIF

Site Information
Disclaimer
Amanda-Bynes.net is 100% unofficial and is maintained by fans for fans. We are in no way affiliated with Amanda or anyone related to her management, and we don't know anyone who is. We are not responsible for any false information. The content on this site is used under the Fair Use Copyright Law 107. All original text and graphics belong to Amanda-Bynes.net unless otherwise stated. All scans, screencaps and other photos are copyright to their respective owners, no infringement is ever intended. Any tags on our photos are for promotional purposes only and not meant as a sign of ownership. If you have a problem with anything on this site or would like something removed, please contact us before taking any legal action.

We are NOT Amanda Bynes. Any emails/fan mail sent to us intended for her will be deleted.

You can find out more about which cookies we are using or switch them off in settings.

This website uses cookies so that we can provide you with the best user experience possible. Cookie information is stored in your browser and performs functions such as recognising you when you return to our website and helping our team to understand which sections of the website you find most interesting and useful.

Strictly Necessary Cookie should be enabled at all times so that we can save your preferences for cookie settings.

If you disable this cookie, we will not be able to save your preferences. This means that every time you visit this website you will need to enable or disable cookies again.